“But I do know that while I was writing Before Green Gables I didn’t just think about Anne Shirley. I felt as though she were inhabiting my head”—Budge Wilson, “The Room.” 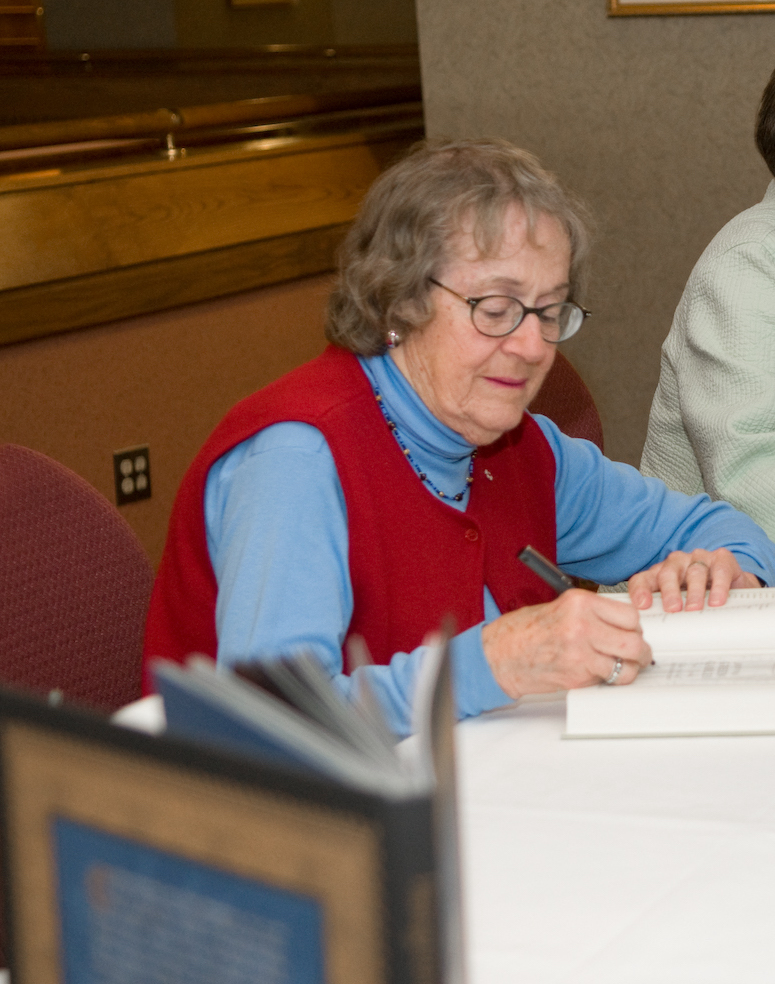 When she was approached by Penguin in 2006, Budge Wilson had trepidations about writing a prequel to Anne of Green Gables. She wondered if L.M. Montgomery would have even wanted her to do such a thing, what it would be like to write about a character someone else had created, and (if Wilson did decide to do it) how others might respond. But two months of re-reading Montgomery’s Anne books and a moment of synchronicity cemented the idea firmly in Wilson’s mind. She would do it.

The LMMI was saddened to hear of Wilson’s passing on March 19. She will be greatly missed by her friends in the community.

As with many things Montgomery related, there are moments when it honestly feels like she is tapping you on the shoulder, guiding you to a particular discovery—a newly found connection that you would never have known otherwise. And when that happens, the hairs on the back of your neck do go up, and you know you were tapped on the shoulder for a reason.

For Wilson it was discovering that she and Montgomery had lived in the same “Third-and-a-Half” room in Halifax Ladies’ College. In a conversation with Betsy Epperly, Wilson mentions how she would board at the college when her mother joined her father on work trips:

“I said I always stayed in one room in a section we called “Three-and-a-Half”—an offshoot of the third floor, containing only four or five rooms. She was astonished and told me that L.M. Montgomery had been taken to a room on what she called “Third-and-a-Half” after recovering from the measles. She loved that room so much that she remained there for the rest of her time at the Ladies’ College. I became convinced that Montgomery and I had lived in the same room” (Wilson, “Writing Before Green Gables” 283). 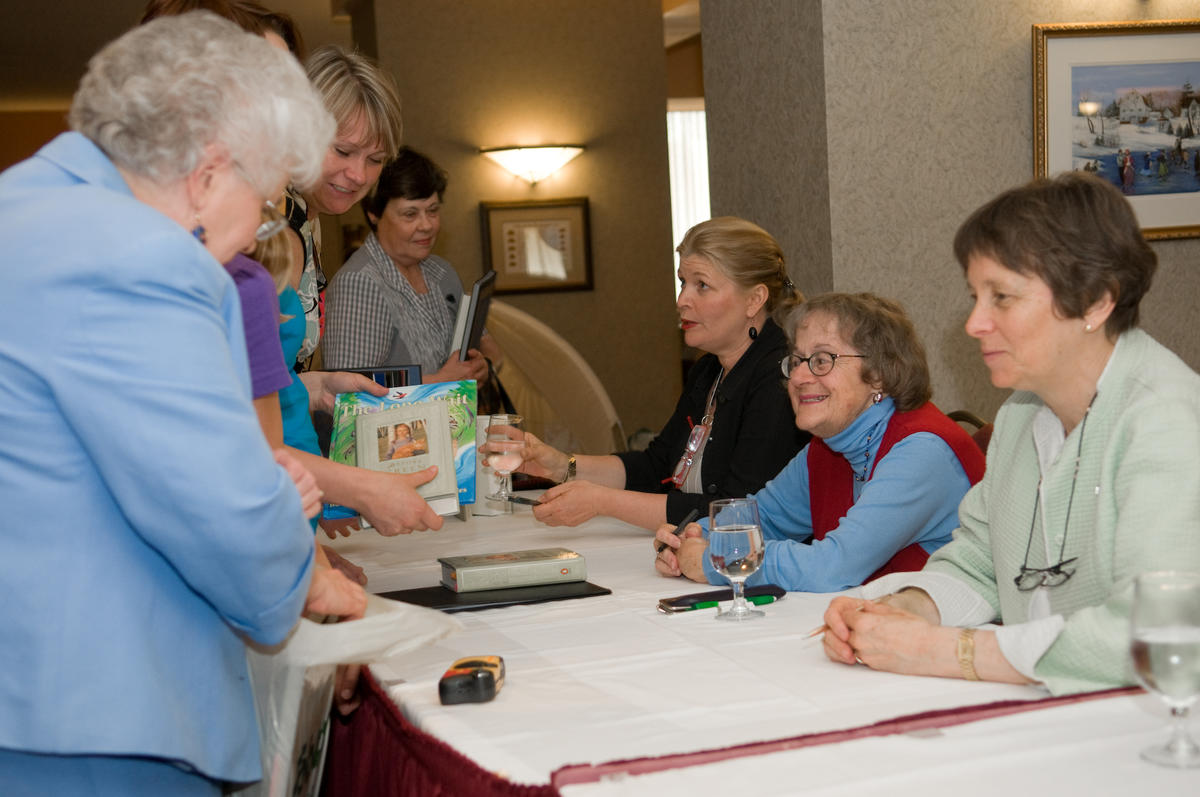 It was this personal connection to Montgomery and to Anne’s “little white room” that convinced Wilson that she should be the one to write the book. Wilson describes the process of writing, revising and editing what would become Before Green Gables (published in 2008 to coincide with the AGG centennial) in “Writing Before Green Gables.” The anticipation of perhaps doing the project, the unbearable waiting for weeks to find out if she would be allowed to do it, and, then later, what she learned about writing through the “tenuous triangle” made up of “Maud, Anne and me.”

Indeed, Wilson’s story mirrors my own experience writing Maud: A Novel Inspired by the Life of L.M. Montgomery. But what’s more is that Wilson was part of my return to studying Montgomery. She was there in 2008 when I returned to PEI to attend what would be one of the  largest LMMI biennial conference to date, commemorating "100 Years of Anne". This was the first academic conference I had attended in a long time and was so impressed by what Wilson had achieved.

At a time when I was also just thinking about returning to writing more seriously, Wilson and I talked about craft and she told me how impressed she was by the people who attended the conference. Now, I have a poster (given to me by a colleague) signed by Wilson, Epperly, and Kate Macdonald that sits in my office, reminding me of that special conference and visit.

Wilson was a true friend to the community and, in particular, to Epperly, who describes in a collection of stories that honour the writer, Budge, how the two of them met and became fast friends. Epperly had assumed that Wilson would have numerous questions about Montgomery, but instead wanted to “hear about me.” According to Epperly, Wilson had a gift of getting people to tell their stories: “she steered the conversation…sideways, finding out above my family and life, exercising the deep and sincere, if sometimes mischievous, interest that is her hallmark. If there is a story to be told, Budge will elicit it and—oh rarity!—actually listen attentively” (34).

Wilson was LMMI’s short term writer-in-residence for the 2008 conference and was present when Mary Rubio, Elizabeth Waterston, and Epperly received a greeting sent by Her Imperial Highness Princess Takamado from the Canadian Embassy in Tokyo. 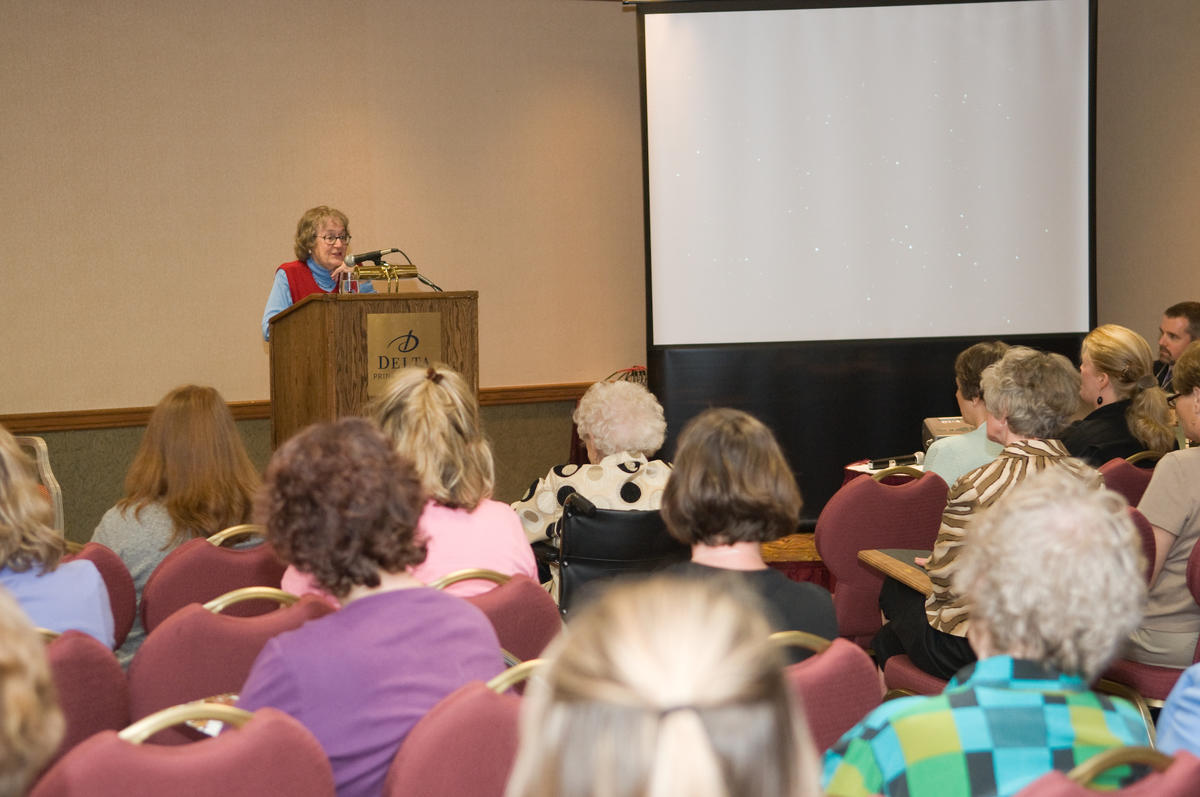 Epperly talks about how much “I loved sharing a podium with her when we did our 2008 Hundred Years of Anne book launches and readings together. Such a generous writer and friend! … In 2017 she gave me the hand-carved statue of Anne that she had purchased in Charlottetown in 2008. That Anne literally overlooks all of my work, perched on my bookcase and clutching her carpet bag.”

Before Green Gables has been translated into Japanese and Polish and was adapted into an animated series in Japan.

In her acknowledgement section of Before Green Gables, Budge writes: “I wish it was possible to thank Lucy Maud Montgomery for writing the Anne books in the first place, and for making Anne such a feisty and fascinating and articulate child that I was tempted to try to solve the puzzle of how—coming out of a grim and deprived early life—she managed to become who she was when she first stepped off the train in Prince Edward Island” (Wilson, Before Green Gables 447).

On behalf of the L.M. Montgomery Institute, thank you, Budge, for all that you gave to us. 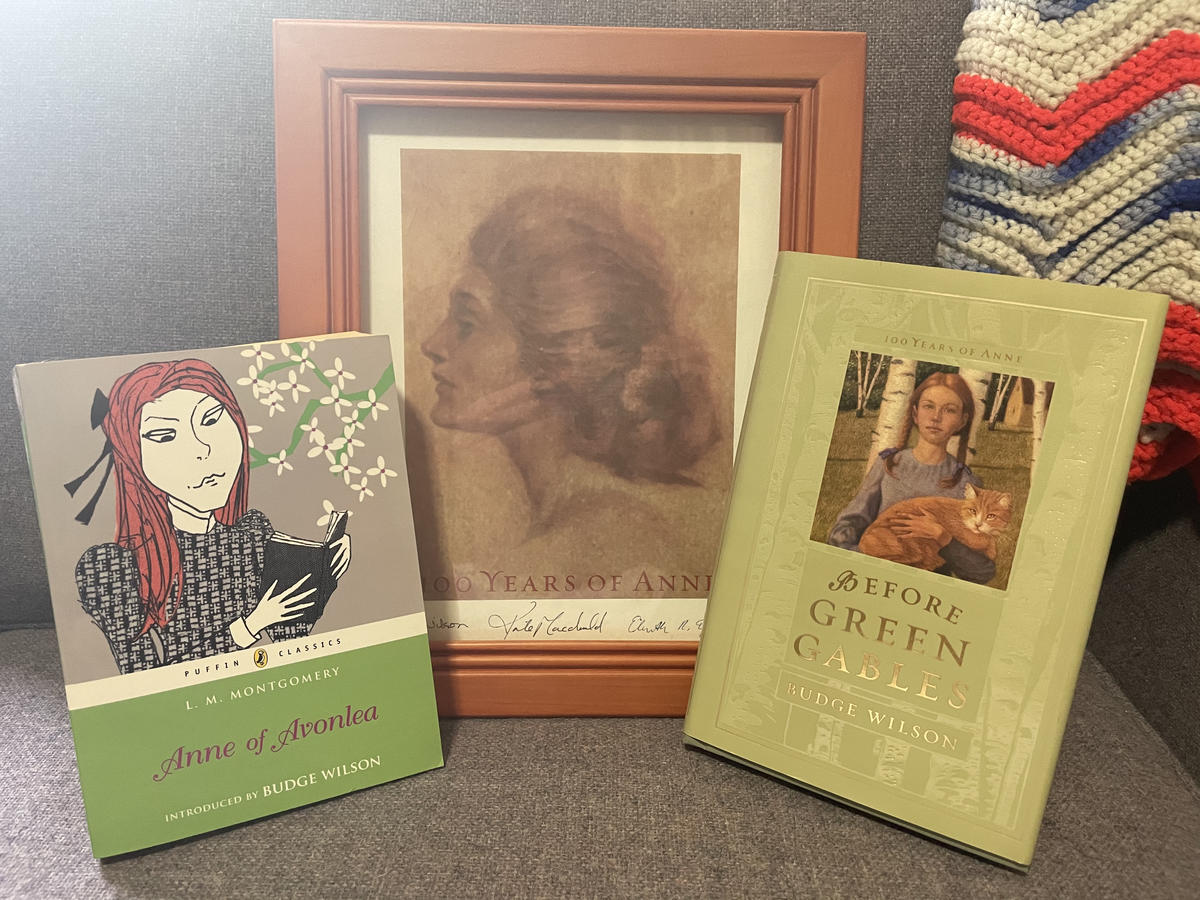