L.M. Montgomery as Island Teacher, Part One: A Blog Series by Amy MacQuarrie

“I passed most of the day reading and eating the cherries which the Millar children bring to ‘teacher.’ What a comical sensation it gives me to hear that name applied to me!” (Montgomery, 2017, p. 230) 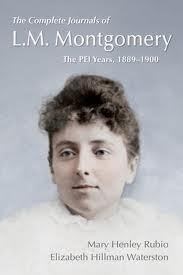 L.M. Montgomery’s influence on Island culture and literature is indisputable. and her writing has long captured the hearts of readers from Prince Edward Island and beyond. However, in addition to being a prolific writer Montgomery had a passion for teaching, and shared this in three Island communities Bideford, Belmont, and Lower Bedeque.

This is the first in a series of blog posts that explores Montgomery’s teaching positions at Island schools and sheds light on her commitment to serving Island communities.

Montgomery began her teaching career at Bideford school on 30 July 1894 when she was 19 years old. After completing the teaching program at the Prince of Wales College in Charlottetown in June 1894, she sent out letters to prospective schools, but didn’t hear anything back.

Finally, on 26 July 1894 Montgomery got the position teaching at Bideford. At the time, Montgomery would have been expected to not only keep up with demanding teaching duties, but also contend with inspections of the school, and maintaining the school. She would also be expected to behave a particular way as “’lady teachers’ were expected to behave impeccably in public and in private life.” (Rubio, 2008, p. 431)

Montgomery arrived at the Ellerslie station on 28 July, 2 miles from Bideford. Once in Bideford, Montgomery initially boarded with the Millar’s family and later stayed closer to the school at the Estey’s.

Janice Trowsdale has been described as a “stalwart LMM promoter” and “driving force” behind the current Bideford Parsonage Museum. 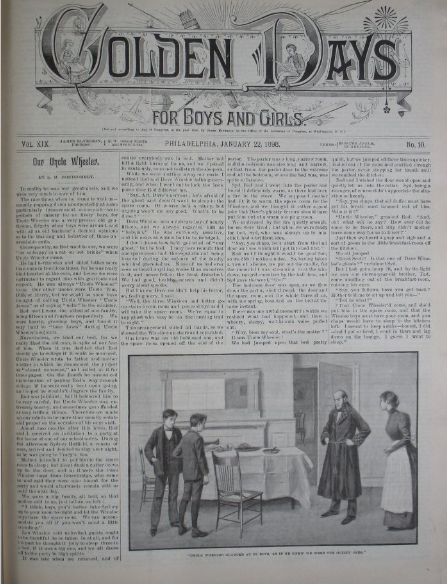 Trowsdale’s great grandfather, Peter Millar, was the trustee of the Bideford school and father of ten children with his wife Margaret Ann Henderson. The Millar’s household was quite lively, with nine children living there when Montgomery was boarding with them. While Montgomery describes Trowsdale’s grandfather, Shrieve, as a “nincompoop,” he still escorted her to various social events.

Many of Montgomery’s earlier short stories might reflect her time in Bideford. For example, the Millar’s boys often slept in the loft, as do the boys in “Our Uncle Wheeler” (1898), which also features a big family.

Montgomery’s First Days as a Teacher

On 30 July 1894 Montgomery instructed her first class. While initially frustrated and discouraged by the class’ progress, by August Montgomery writes, “I am really getting on splendidly now and enjoy my work—so different from last week when I was so tired and discouraged and hopeless” (Montgomery, 2017, p. 232).

Although Montgomery settled in, she wrote to her cousin, Penzie Macneill how lonely she was:  “I am going to write to you right off to-day for I am so homesick and lonesome that I must do something of the sort to keep away the blues as far as possible” (Montgomery, 1894).

Eventually, Montgomery boarded with Rev. Estey and his family.  Mrs. Estey is best remembered for accidentally using anodyne liniment to flavour a cake that was served to a visiting minister—an incident that Montgomery recorded in “The Alpine Path: The Story of My Career” (1974), and in “Anne of Green Gables” (1908) when Anne bakes a cake for the minister and his wife.

12 other works by 1900, including poems and short stories.

Montgomery noted the struggles in obtaining work as a writer as “They don’t pay for poetry, however, so that the ‘honor’ is all the recompense” (Montgomery, 2017, p. 262).

While teaching, she had decided to take English Literature at Dalhousie, and saved $100.00 from her $180.00 paycheque to help pay for school.  Returning to university meant she had to leave her teaching position in Bideford and say goodbye to her students

On her last day, the students presented Montgomery with a silver and celluloid jewel box, as well as a dedication to their “’Dear and Respected Teacher.’” On Friday 28 June 1895 Montgomery wrote, “thought of the first day I had crossed its threshold—a trembling confused young thing feeling scarcely less childish than the children I was to govern. This has been a very happy year for me and I shall never think of this old school without a very kindly feeling” (Montgomery, 2017, p. 277). 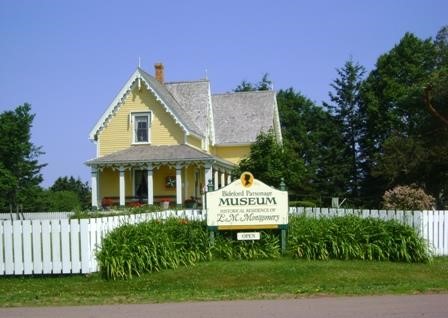 While the school Montgomery taught in burned down on 13 December 1914, the site now serves as a picnic area. For those wishing to visit Bideford, the Bideford Parsonage Museum (designated an historical site in 2009) where Montgomery stayed with Rev. Estey and Mrs. Estey, is open to the public from 1 June to 15 October from 9 AM to 5 PM and hosts events such as lecture series, socials, and more.

The Bideford School Picnic Site has recently been registered as a Heritage Place under the Heritage Places Protection Act. A celebration, meant to coincide with Montgomery’s last day at the school, will be held on 28 June at 2:00 PM. All are welcome.

I wish to sincerely thank Janice Trowsdale of the Bideford Parsonage for all her help and guidance with this project.

Amy Lynn MacQuarrie was born and raised on Prince Edward Island and is currently completing her Bachelor of Arts in Honours Psychology at the University of Prince Edward Island. After graduating in May, Amy hopes to pursue a career in Clinical Psychology and looks forward to seeing what the future holds! L.M. Montgomery has long been a part of her life, having grown up reading works such as Anne of Green Gables, Emily of New Moon, and Pat of Silver Bush, as well as attending musicals and visiting Heritage Sites on PEI. She is honoured to have been given the opportunity to work on this project, and can usually be found curled up with a book or plucking away at the piano keys.