We are delighted to welcome Carolyn Strom Collins to the blog today to discuss editing her new book, Anne of Green Gables: The Original Manuscript. You are all invited to the book launch on August 1st from 3:30 to 5:00PM at the Confederation Centre in Charlottetown. Hope to see you all there. 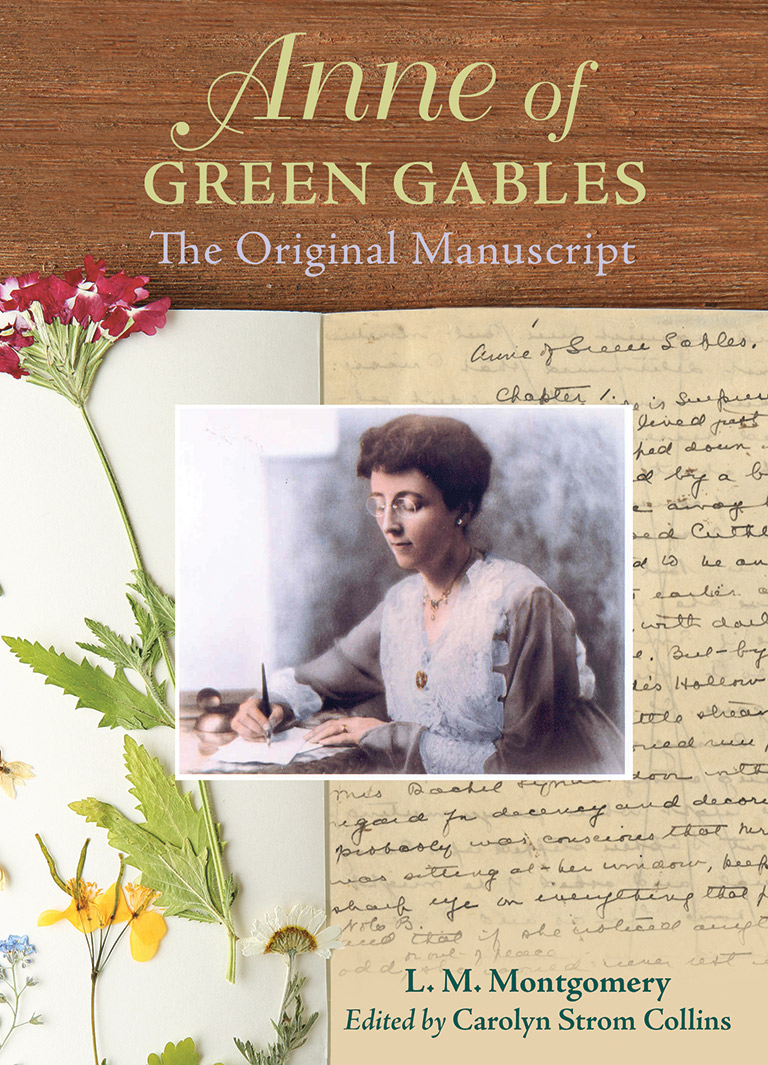 en Gables has been read and loved by millions of people all over the world since it was published in 1908, but hardly anyone has seen it in its earliest form -- that is, Montgomery's original manuscript with all of her additions, corrections, and deletions, showing in detail how she shaped her first novel for publication.

Knowing the Anne manuscript is held at the Confederation Centre in Charlottetown, I decided to see if it would be possible for me to examine it, photograph the pages, and transcribe it for later publication. The curators at Confederation Centre were very helpful and allowed me to make the copies I needed. Over the next few months of 2016 and 2017, I transcribed and typed up all 844 pages of the manuscript. Fortunately, I was very familiar with Montgomery's handwriting, having studied it in her letters, journals, and other writings over the last thirty years or so. Still, it was a challenge at times!

The Anne manuscript is comprised of two parts: the main text (over 700 pages) and a section of "notes" (over 130 pages). The "notes" section consists of material Montgomery added as a sort of appendix to the main text.

Once I had the entire manuscript typed, complete with its strike-outs and much added material, I was ready to seek a publisher. Nimbus Publishing in Halifax, Nova Scotia, accepted it right away and the process of publishing began. The result is Anne of Green Gables: The Original Manuscript.

I was very pleased that permission was granted to publish scans of the first pages of all thirty-eight handwritten chapters, thirty-seven pages of which are published here for the first time. (To my knowledge, only the first page of the manuscript has been published until now.) Readers will note that Montgomery begins adding words and phrases to the manuscript in the very first paragraph where she added Note A -- "fringed with alders and jewel weed ladies' eardrops and" -- to the description of "the Avonlea ^main^ road." [The carets indicate an addition by Montgomery in the manuscript, here and throughout the manuscript.] The added notes continue steadily through the manuscript, ending with Note S19. The notes vary in length from a few words and phrases to several paragraphs. Two of the longest notes are in Chapter 16 when Diana is downing her three tumblerfuls of so-called raspberry cordial. 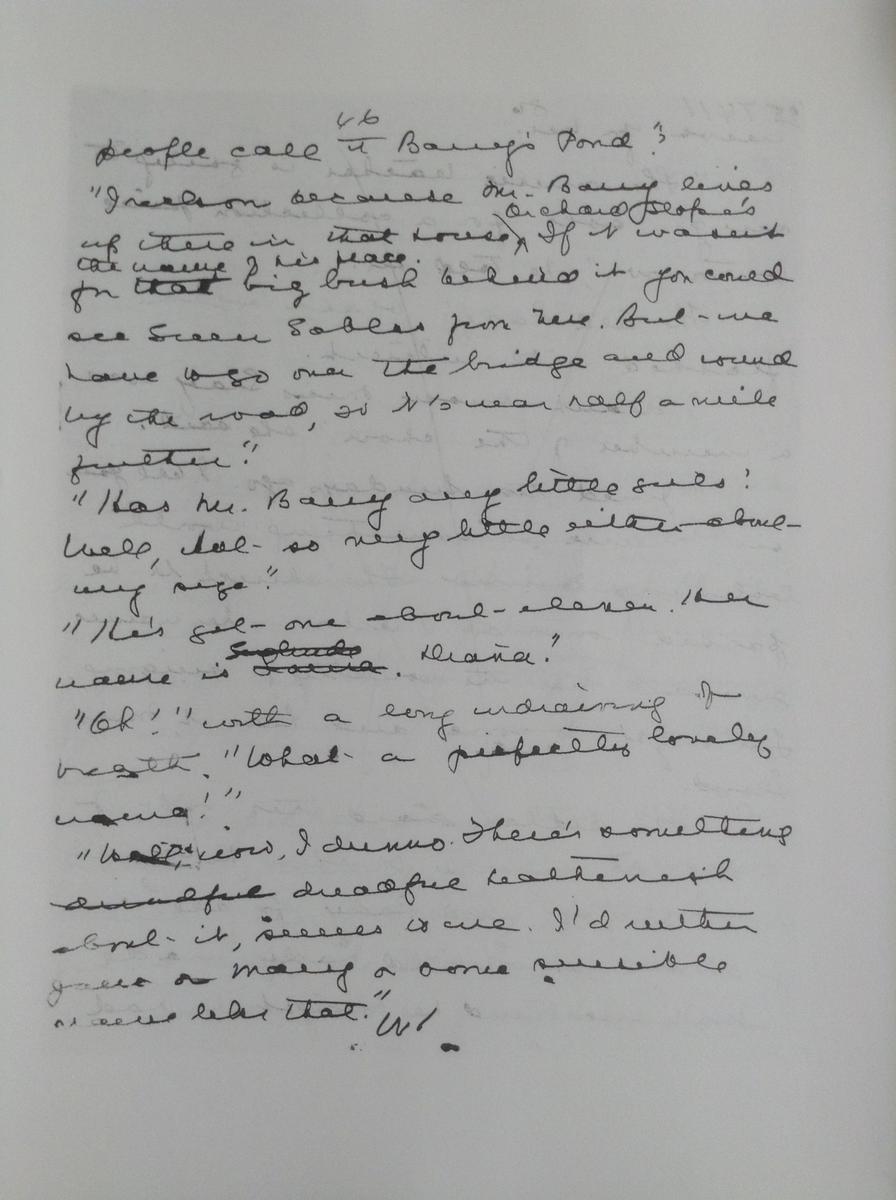 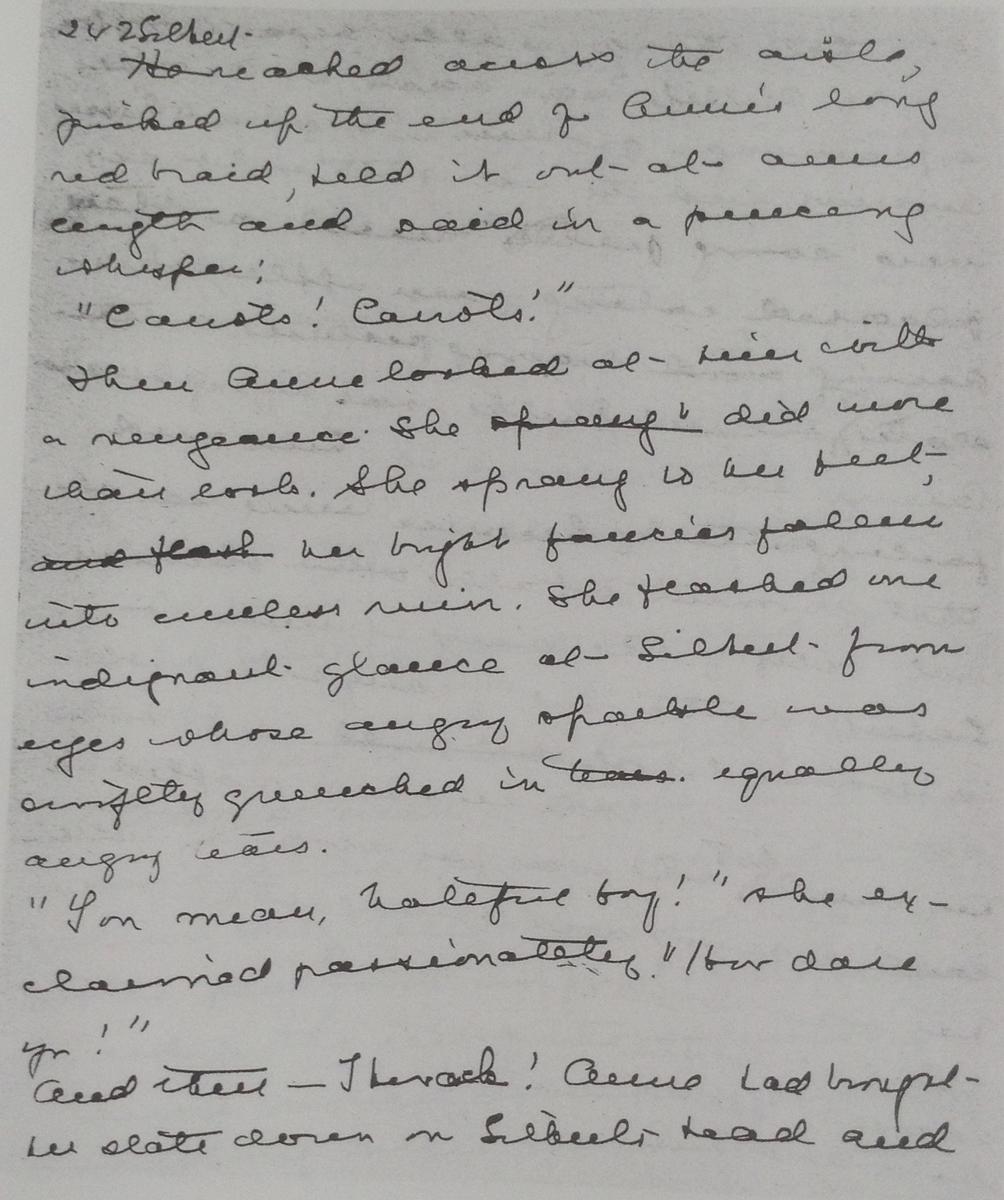 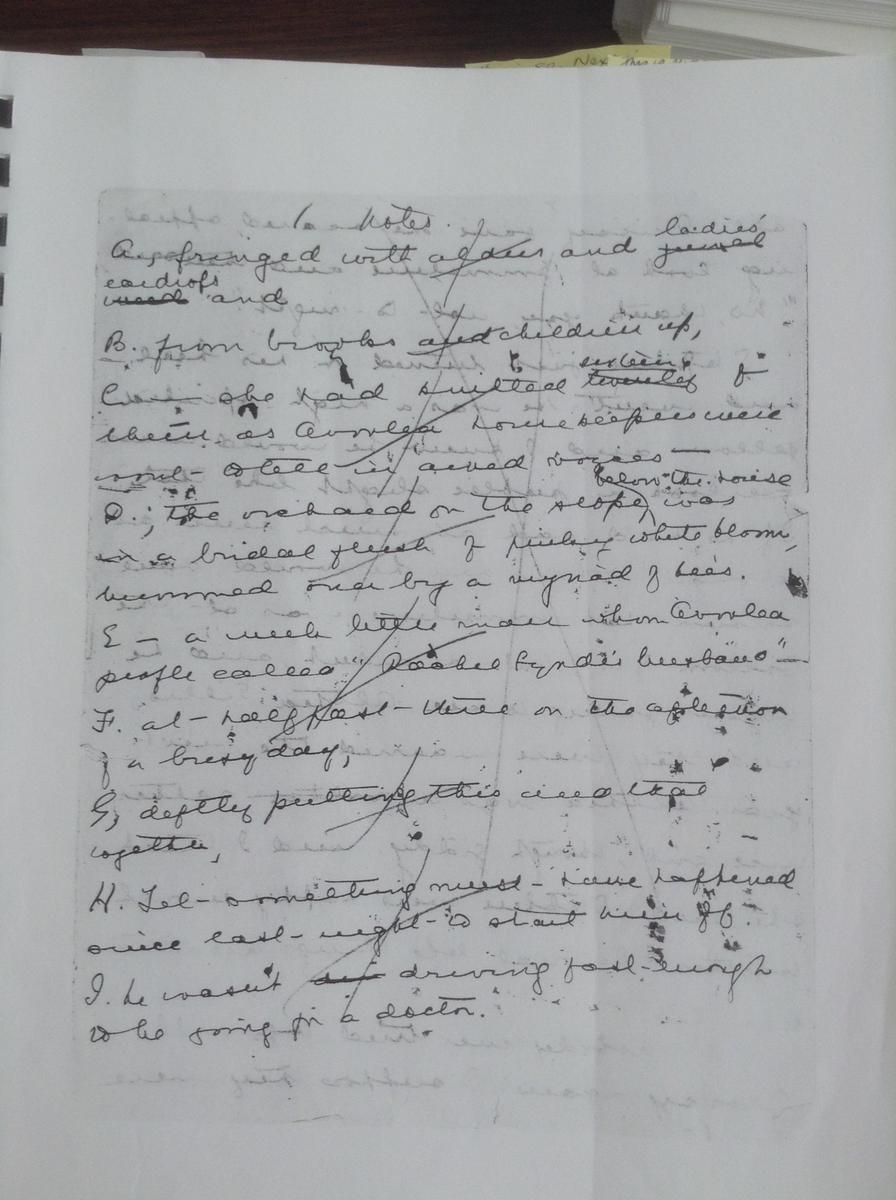 One interesting change occurred on page 46 of the manuscript where it is obvious Montgomery was undecided on what to call Anne's hoped-for "bosom friend." She considered "Laura," then "Gertrude," and finally settled on "Diana."

Once Montgomery had finished the novel (early in 1906), she typed the entire thing, integrating the hundreds of "notes," before sending it to four publishers, one after the other; all of them turned it down. She was discouraged but eventually she sent it to L. C. Page and Company in Boston and they agreed to publish it. I compared the manuscript version with the first published edition and noted the changes in Anne of Green Gables: The Original Manuscript.

Since it was first published, Anne of Green Gables has never been out-of-print and over the years it has been translated into over forty languages. Covers of some of the early and foreign-language editions are featured in the Original Manuscript edition.

Montgomery's typed version of the manuscript has been lost; but she kept her original hand-written version with her all of her life. In the 1960s, the manuscript was acquired by the Confederation Centre where it has been carefully stored ever since, along with some of Montgomery's other manuscripts. We are fortunate, indeed, that Montgomery's original version of Anne of Green Gables still exists and finally has been made available for all of us to study her method of composing this literary treasure.