Below is the account prepared by Dr. Elizabeth Epperly, founder of the L.M. Montgomery Institute:

In a letter dated May 26, 1928, from L.M. Montgomery Macdonald to Frederick William Wallace, author of the 1924 book Wooden Ships and Iron Men, Montgomery recounted the wreck of the Marco Polo, [just off the North Shore], explaining how the captain had boarded at the Macneill place [in Cavendish] while waiting for the final payment for his crew.  Young Maud got to hear all kinds of stories (she was eight years old in July 1883) and enjoyed the excitement of having an experienced sea captain spinning yarns with her story-telling grandfather.

When the captain and his crew finally left Cavendish, he presented Maud Montgomery's grandmother, Lucy Macneill, with a platter and a pewter tankard, both of which she prized.  When Grandmother Macneill died, she left Maud these two pieces, and Montgomery evidently kept them, eventually passing them to her son Dr. Stuart Macdonald, whose widow Ruth gave the platter to her son, Rod Macdonald, Vivian's husband.  When Vivian was here in July of 2017, enjoying the LMMI's commissioned Virtual Reality experience of the wreck of the Marco Polo, she read for the first time Montgomery's letter to Wallace, identifying in detail the platter her husband had inherited. She imagined then a family donation, with her daughter Allie Hodge, of the platter to the LMMI when she could bring it safely and personally. 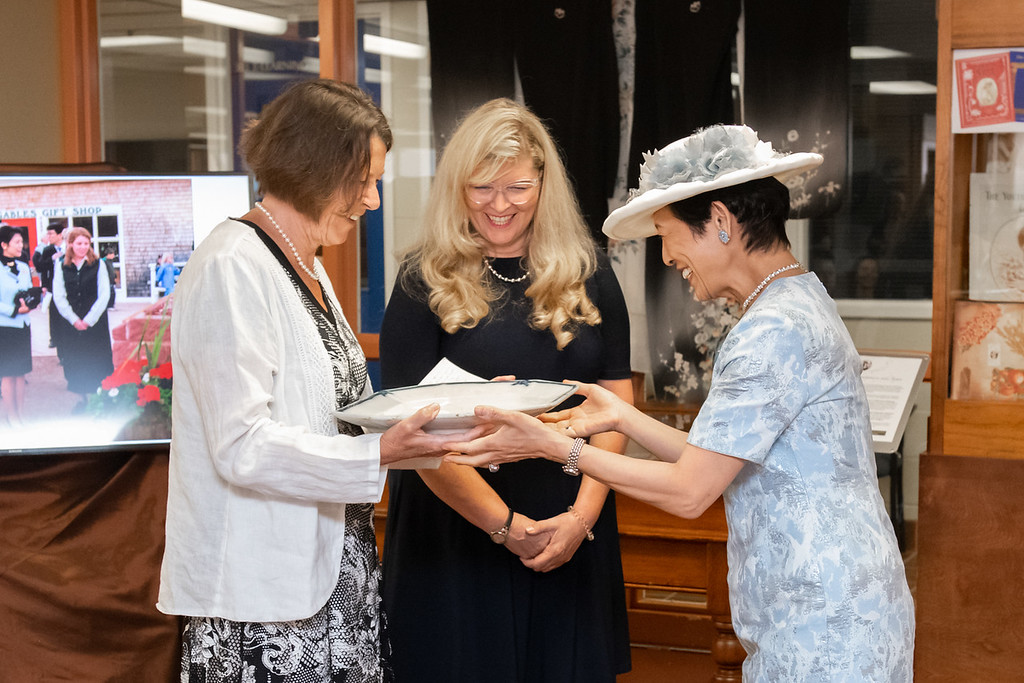 In the letter to Wallace, Montgomery describes the platter and the tankard this way:

"My own relics of the Marco Polo are two.  Captain Bull gave my grandmother one of the huge and heavy 'Black Ball' platters, from which he and doubtless many another captain had eaten their Christmas dinners.  It is decorated with a blue cable design and in the centre is the 'Black Ball' flag. She was not a Black Ball ship when she was wrecked but I suppose the old dishes were left on her.  He also gave grandmother a jug with a pewter lid. At her death she left these to me and they are among my most treasured relics." 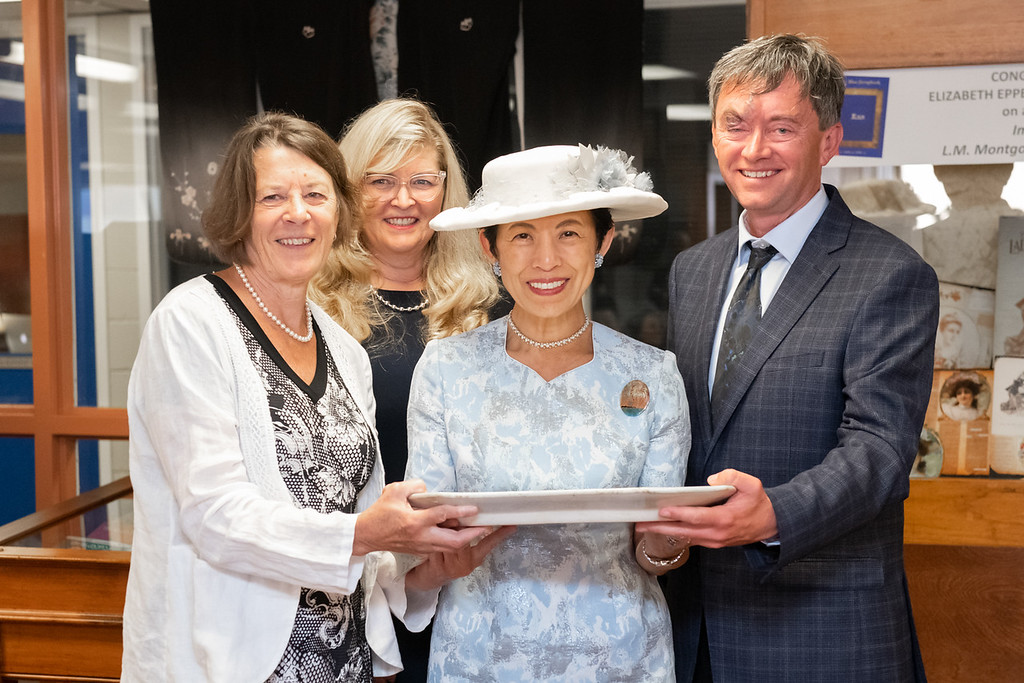