“I simply love teaching here. The children are all so nice and intelligent. The school is almost 200 yards from here and is a very comfortable one in a grove of spruces. I feel as if I have lived in Bedeque all my life” (Montgomery, 2017, p. 388).

L.M. Montgomery’s influence on Island culture and literature is indisputable. and her writing has long captured the hearts of readers from Prince Edward Island and beyond. However, in addition to being a prolific writer, Montgomery had a passion for teaching, and shared this with pupils in three Island communities: Bideford, Belmont, and Lower Bedeque.

This is the last in a series of blog posts that explores Montgomery’s teaching positions at Island schools and shed light on her commitment to serving Island communities. Go back to the beginning to read about Montgomery’s time in Bideford and in Belmont.

After deciding to leave Belmont, Montgomery’s teaching career looked uncertain. However, when the current Lower Bedeque teacher, Alpheus Leard, returned to college to pursue a career in dentistry, Montgomery took on the position. Upon arriving in Bedeque, Montgomery stayed with Cornelius Leard and his family.

During this time, Montgomery was still engaged to Edwin Simpson. Much of Montgomery’s journal entries when she first arrived in Bedeque expresses her desire to end the engagement. 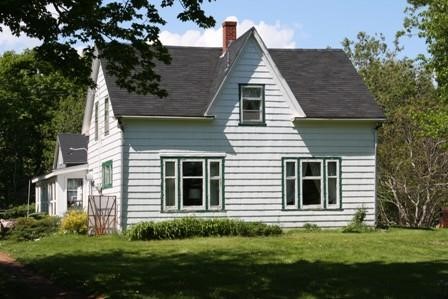 Montgomery enjoyed teaching in Bedeque, noting that the children were engaged, intelligent, and the workload substantially less than she was used to. Montgomery didn’t write a lot in her journal entries during this time, but when she talked about teaching, it was positive:

“As for my school, I am not overburdened with work as there are only fourteen children in the district. Imagine the contrast to the large schools I have had! But a couple of advanced pupils give me comfortably enough to do and I simply love teaching here” (Montgomery, 2017, p. 388).

While boarding with the Leard’s, Montgomery developed an attraction to Herman. There is little doubt that there are conflicting accounts about how events transpired and the “Herman Leard Story” of Montgomery’s teaching career in Bedeque is certainly the most contentious.

Montgomery’s journal entries describe her romantic feelings and how ashamed she felt because she was still technically engaged to Simpson. This ended when she returned to Cavendish.

“I lived my double life—the outward one in which I taught school and wrote and read and went to social functions and talked and laughed and jested, passing the hours in a seemingly pleasant routine—and the unseen, unsuspected inner one, wrung with passion and suffering, whose current flowed on side by side with the other” (Montgomery, 2017, p. 400).

In The Gift of Wings Mary Rubio notes that upon publication of The Selected Journals of L.M. Montgomery: Volume I in 1985, townspeople disagreed with Montgomery’s version of events. In fact, townspeople remember Herman as being romantically involved with Ettie Schurman. Leard’s sisters also told stories about Montgomery waiting for Herman to return after events, and that “she was jealous when his attentions went elsewhere” (Rubio, 2008, p. 101). And, some scholars also suggest that Leard inspired the poem “The Bride Dreams,” published in 1921 (Rubio, 2008, p. 103).

On 6 March 1898 Montgomery learned that Grandfather Macneill had passed away, so she returned to Cavendish to care for her grandmother. 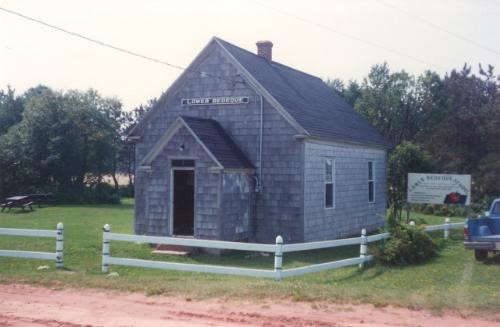 The Leard home is now a private residence and not open to visitors. However, The Lower Bedeque schoolhouse was restored in 1989 and was open to visitors during the summer and operated by Friends of the Lucy Maud Montgomery Lower Bedeque School Inc. The current caretaker is Mary Kendrick who also operates Experience P.E.I. Sometimes, children from the community volunteered. Unfortunately, as of 2019, the school has not open to the general public due to difficulty finding volunteers.

In this final blog post on Montgomery’s teaching career, it would be remiss to not acknowledge the struggles female writers had in getting their work noticed. In her case, she worked tirelessly to get her work published, while also juggling the responsibilities of being a teacher. The Alpine Path is a phrase that encapsulates this sentiment and would later be included in Montgomery’s The Alpine Path: The Story of My Career originally published in 1917, as well as Montgomery’s “Emily of New Moon” (1923):

I wish to extend a sincere thank you to my friends in Lower Bedeque for their guidance in this project.

McKay, Millicent. “Historic Lower Bedeque Schoolhouse not opening to the general public this

Bio: Amy Lynn MacQuarrie was born and raised on Prince Edward Island and is currently completing her Bachelor of Arts in Honours Psychology at the University of Prince Edward Island. After graduating in May, Amy hopes to pursue a career in Clinical Psychology and looks forward to seeing what the future holds! L.M. Montgomery has long been a part of her life, having grown up reading works such as Anne of Green Gables, Emily of New Moon, and Pat of Silver Bush, as well as attending musicals and visiting Heritage Sites on PEI. She is honoured to have been given the opportunity to work on this project, and can usually be found curled up with a book or plucking away at the piano keys.