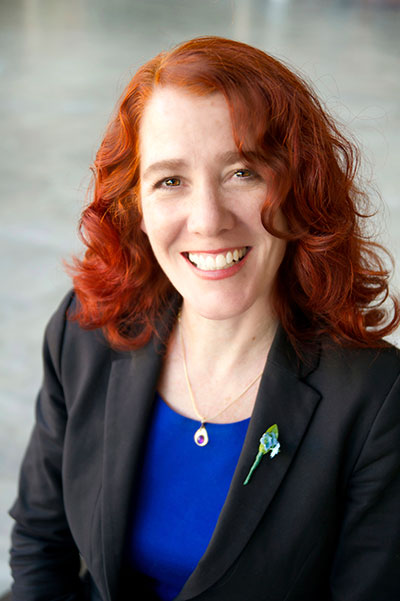 Yesterday, we posted the exciting news about Historica Canada's launch of a new Heritage Minute about L.M. Montgomery.

Today, we continue with a reflection from one of the scholars who consulted on the project, Dr. Laura Robinson. She is the Dean of the School of Arts and Social Science, Grenfell Campus, Memorial University of Newfoundland in Corner Brook Newfoundland, Canada where she is also a professor of English Literature, specializing in Canadian women’s writing, children’s literature, and feminist theory. Former Visiting Scholar at the L.M. Montgomery Institute, she has published many articles on Montgomery’s work (most recently in L.M. Montgomery and War and War Memories), in addition to articles on Canadian writers Margaret Atwood and Ann- Marie MacDonald as well as Americans Louisa May Alcott and Eleanor H. Porter. Her creative writing has been published by Women’s Studies, Frontiers, Entertext, Her Circle, torquere, and Wascana Review. She curated a travelling and virtual exhibit entitled, “The Canadian Home Front: L.M. Montgomery’s Reflections on the First World War.”

A new Heritage Minute celebrating Canadian writer Lucy Maud Montgomery debuted on International Women’s Day providing a moment to reflect on Montgomery’s popularity and continued relevance.  Why do we keep rereading and retelling her stories?  It might just be due, in part, to her fascinating and subtle battle with gender roles, as relevant in this #MeToo era as it was in 1908, when Montgomery published her internationally renowned tale about the irrepressible redheaded orphan, Anne of Green Gables.

As a girl raised by proper Presbyterian grandparents in rural Prince Edward Island and then as a Presbyterian minister’s wife, Montgomery was certainly aware that open rebellion against gender constraints, while possible, was not advisable.  Publicly, she often voiced conservative views.  In 1910, for instance, she told a Boston Post reporter, “I am not a suffragette,” adding, “I believe a woman’s place is in the home.”  Far from being a woman who stays at home however, Montgomery spoke as a writer already famous for Anne of Green Gables, even while she may have wanted to protect her image by stating such conservative beliefs.  That deft and subtle irony is Montgomery’s trademark.  While not an outspoken advocate for women’s rights, Montgomery worked assiduously to tell women’s stories and highlight domestic heroism in her tales, including in her copious journals.

Montgomery’s legacy of twenty novels and a multitude of stories repeatedly constructs girls and women who live, for the most part, in a “feminine utopia,” in the words of Eve Kornfeld and Susan Jackson, a world largely populated by girls and women.  Most famous, of course, is the lovable Anne, a character who has influenced generations of writers such as Margaret Atwood, Alice Munro, and Jane Urquhart.  While “not a feminist trailblazer,” as Nora Caplan-Bricker points out in an article in Slate.com, Anne is a “stealth feminist,” to borrow Chloe Angyal’s very apt words.  Stealth is definitely Montgomery’s style.  Unlike the boyish rebel Jo March of Louisa May Alcott’s Little Women (1868-69), Anne does not rail against being a girl.  Indeed, many of Anne’s scrapes ensue from her ardent attempts to fulfill an impossible feminine ideal—dying her hair green (the intent was “beautiful raven black”) and bedecking her hat with real flowers (gossipy churchgoers were shocked they weren’t the standard fake ones).

Most starkly, Montgomery sets the stage at the outset – Anne as the devalued, unwanted gender.  All Anne wants is to belong at Green Gables, but she is not the boy the aging Cuthbert siblings requested to help them work the farm.  Unwanted as she initially is, Anne gradually wins her community over through her lively personality, her strong work ethic, and her commitment to academic study.  By novel’s end, woman-dreading Matthew Cuthbert voices a turnaround in the novel’s gender politics.  When Anne laments not being a boy so she could help him labour in the fields, he responds: “Well, now, I’d rather have you than a dozen boys, Anne.”  Through her characters—Anne, but also Emily, Jane, Pat and others—Montgomery convinces her reader that some amount of change is possible.

Perhaps that is the most compelling reason we keep returning to Montgomery’s delightful books and poignant journals, particularly in this time of #MeToo and Time’s Up.  The message that an orphan’s unflagging optimism and diligent work can transform outdated sexist attitudes and affect lasting change for women might just be the balm we need to carry on and fight another day.