The following are the speaker’s notes by Dr. Philip Smith, Chair of the L.M. Montgomery Institute welcoming Her Imperial Highness Princess Takamodo this past summer.

It is my pleasure to speak to you as Chair of the L.M. Montgomery Institute, founded 26 years ago to promote research into, and informed celebration of, the life, works, times, and cultural influence of L. M. Montgomery.

During her last visit to the University of Prince Edward Island, 15 years ago this summer, the degree Doctor of Laws, honorous causa, was conferred upon Her Imperial Highness Princess Takamado, and at the same time she was installed as the Honourary International Patron of the L.M. Montgomery Institute. 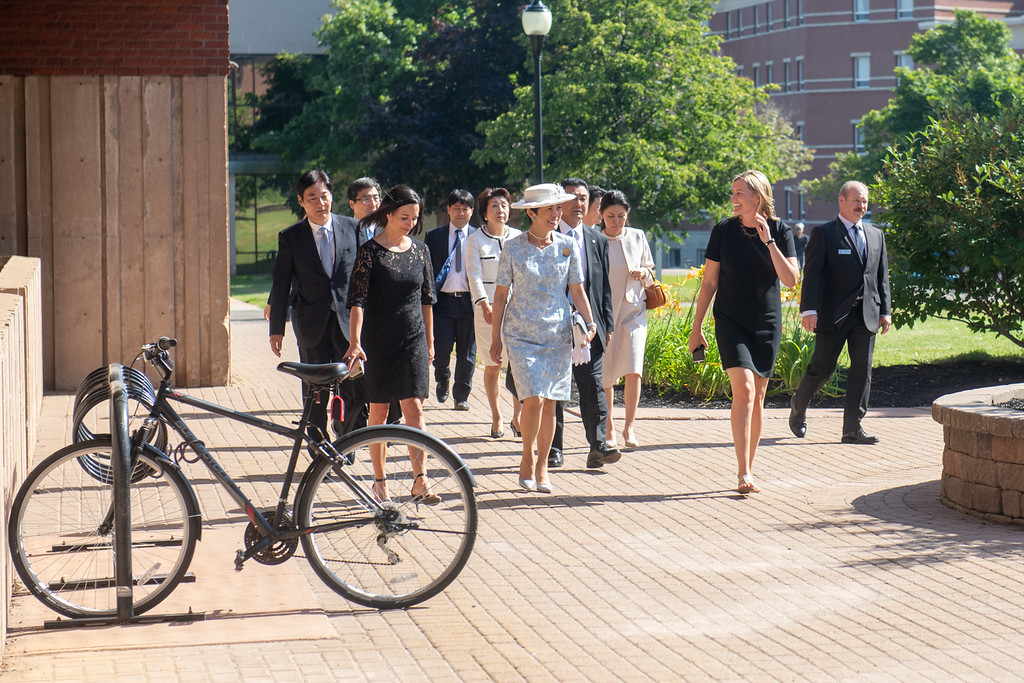 There were, I believe, two sets of reasons why Her Imperial Highness was asked to accept these recognitions.  First, was acknowledgement of the special relationships between Canada and Japan, Prince Edward Island and Japan, and between L.M. Montgomery and Japan. Her Imperial Highness has been a frequent visitor to Canada, reflecting the importance of our two countries to each other.

The relationship between Japan and Canada goes back to trading partnerships in the 1840s, and this year marks the 90th anniversary of formal diplomatic relations between our countries.  The economic relationship remains an important one for both countries.  The relationship also is built on people: visitors, families, artists, and as we well know, through students. His late Highness Prince Takamado spent student days at Queens University in Kingston, and our own University of Prince Edward Island is enriched each year by students coming from Japan for language and cultural immersion and, as students in our degree programs; our students in turn have opportunities to learn from those students and to spend time studying in and experiencing Japan. The relationship is built upon explorations in the arts, in music and dance, and literature.  The relationship is built upon shared focus and attention to nature, perhaps no more clearly than from this small Island province of Prince Edward Island and the Island nation of Japan 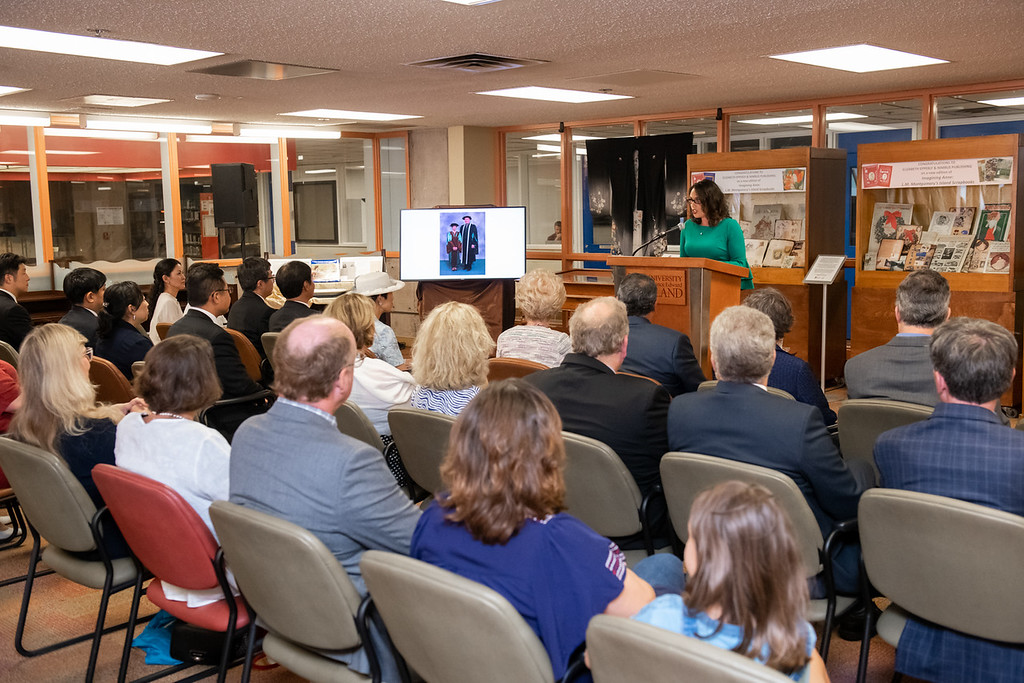 And, since 1952, when Hanako Muraoka’s translation of Anne of Green Gables into Japanese led to Red Haired Anne becoming a perennial bestseller, that relationship has been nurtured by L.M. Montgomery. Millions of Japanese have delighted in the story that crosses cultures and times, that celebrates close family ties, regard for tradition, love of landscape and seascape, and imagination.  Japanese students and scholars continue to contribute to the research base in Montgomery studies.  And our Island hearts swell with pride, at the appreciation and regard for our Anne, from the people of Japan. 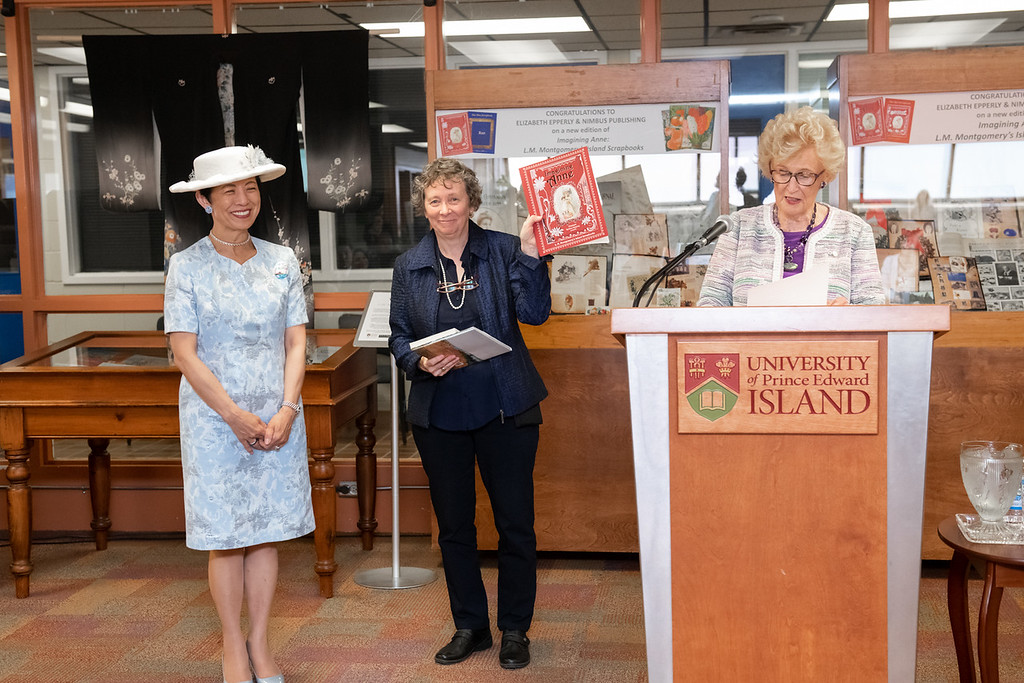 The second set of reasons though were particular to Her Imperial Highness. Her record of commitment to the arts and culture, and to conservation and protection of nature, both within Japan and across our shared planet, is distinguished.  In 1995 their Imperial Highnesses had travelled to Baffin Island, and there, inspired by the beauty and fragility of the Arctic, the Princess conceived the story of an iceberg, calved in the artic, longing to travel the oceans of the world to meet the great elders of the Antarctic.

Her second book, Lulie the Iceberg, illustrated by a Japanese Canadian artist, conveys the beauty and variety of ocean life and inspires concern for our planet---messages all the more urgent almost 25 years later.  That story was later adapted for stage in Japan and Canada, and is but one example of Her Imperial Highness’ contributions to the arts, and of decades of efforts to preserve endangered species of birds and wildlife.  Since her last visit with us, Her Imperial Highness has built upon her earlier Cambridge Bachelor of Arts and Master of Arts degrees, and has earned a PhD in Arts and Culture from Osaka University of Arts.  How pleased L.M. Montgomery would be that someone with such cultural and environmental commitment, and such imagination, would be associated with her Institute.

And that is why it is such an honour to announce that Her Imperial Highness Princess Takamado has consented to renew her appointment as Honourary Patron of the L.M. Montgomery Institute.

Here are some more photos of the event. 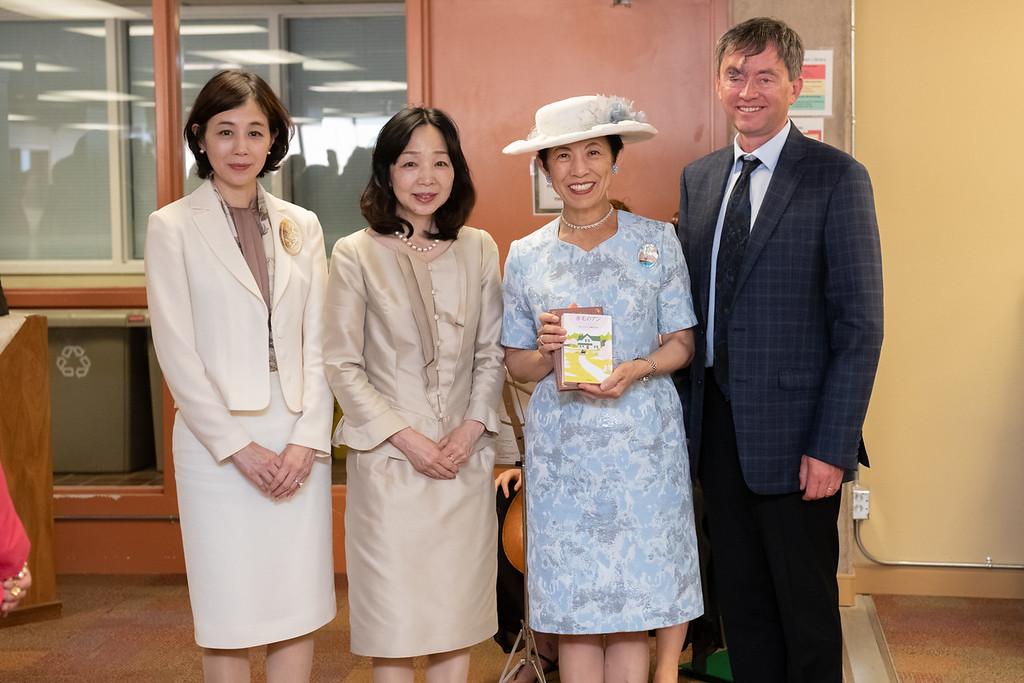 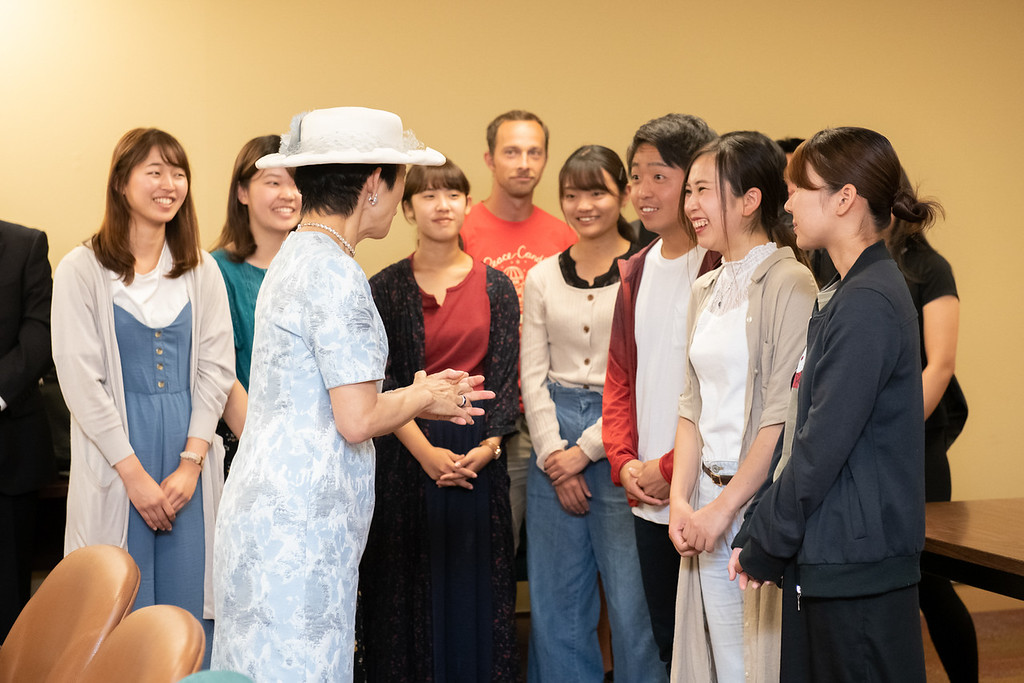