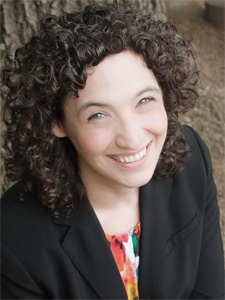 I was introduced to Marah by email and was fortunate enough to have an exchange with her while she was away from MIT doing research in New York for her keynote address, titled “Anne’s Monologues and the Theatrical Cult of the Child.”

I asked her about her Montgomery allegiances first, admitting to my own partiality for Emily:

“I read both the Anne and Emily series pretty obsessively in my childhood, and continued re-reading them on a fairly regular basis through my teenage years and into early adulthood. I find it hard to choose between them; truly, I loved them both so much. Emily’s artistic ambition and deep friendship with Ilse was very appealing to me, and I liked Anne’s emotional intensity, and the way those books conjure up what the texture of everyday life was like in a very particular, vividly evoked time and place. Rilla of Ingleside was an especial favourite for me; it really made the history of World War One come alive in a way that stuck with me.”

I also asked Marah whether she places Anne or any of Montgomery’s other heroines among the characters who “blur the line between innocence and experience” in the “cult of the child” works she considered in Artful Dodgers:

“Right after I had done a ton of research and thinking about the cult of the child for Artful Dodgers and an essay on the cult, I remember re- 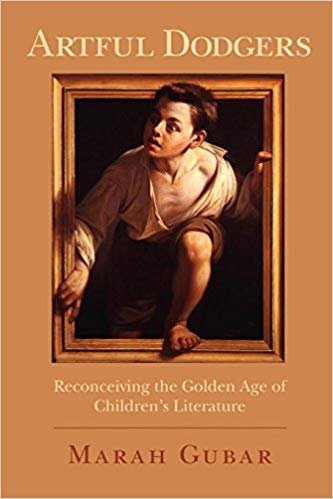 reading Anne of Green Gables and being stunned: I had never thought of Anne as being part of the cult of the child, but suddenly I was noticing all sorts of things in it that were pretty clearly in line with more overtly culty narratives, like Frances Hodgson Burnett’s Little Lord Fauntleroy. So, yes, I do think Anne’s precocity is culty, and so is her ability to win the hearts of her crusty caretakers, just as little orphan Eppie does in George Eliot’s Silas Marner (which I think of as a key cult text). I mention a high-prestige author like Eliot because I think it’s important to stress that, in exploring Anne’s relationship to the cult of the child, I don’t mean to demean Montgomery or her work. After all, I’ve spent years writing about Burnett – who is way more culty than Montgomery! – and the longer I write and think about Burnett's stories, the more interesting I think they are. I suspect that the same is true of Montgomery.”

Marah’s “kinship model” of child agency has been widely discussed, so I asked her how conceptions of agency feed into the work she is doing now in preparation for her keynote:

“My keynote is still evolving, but yes, I think Anne exercises significant agency. Just as important, though, I read her as a vulnerable figure, someone who has suffered significant pain, neglect, and trauma – someone who does not in fact have the power to rescue herself in those opening scenes, but rather needs to be offered shelter, sustenance, and care by adults who have more power and resources than she does.

One thing I’ve been thinking about a lot lately is how rarely children’s literature and childhood studies scholars acknowledge young children’s heightened vulnerability to oppressive social circumstances, perhaps because dependency is so terribly demonized in our culture. One reason I prefer Anne to the later and even more culty figure of Little Orphan Annie is precisely that Anne (unlike Annie) doesn’t seem like a Teflon Kid, my term for fictional children who are sweet and tender yet also miraculously tough, impervious to negative experiences such as growing up poor, hungry, and unloved, which magically bounce off them without leaving a mark. What worries me about narratives that feature Teflon Kids is that they encourage adults to indulge in the fantasy that we can embrace a sentimental vision of the child as lovable and precious while simultaneously refusing any civic, ethical, or economic responsibilities that might naturally be expected to go along with it.

One of the things I’m learning from my archival research is that as Anne moves from page to stage (and screen), she gets more Teflon-Kid-ish. That’s unfortunate, I think, but I’m very excited to share what I’ve found with you this summer at the conference – in part because I think that a critically neglected dramatic version of Anne of Green Gables is a kind of ‘missing link’ between Anne and Annie!”

Holly Pike is an associate professor of English at Grenfell Campus, Memorial University of Newfoundland. She has published on Montgomery in several edited collections, including L.M. Montgomery’s Rainbow Valleys, edited by Rita Bode and Lesley D. Clement (MQUP 2015) and L.M. Montgomery and War, edited by Andrea McKenzie and Jane Ledwell (MQUP 2017).