Throughout the LMMI’s 15th biennial conference (22-26 June), you are invited to enjoy the three special exhibitions on display at UPEI’s Robertson Library. 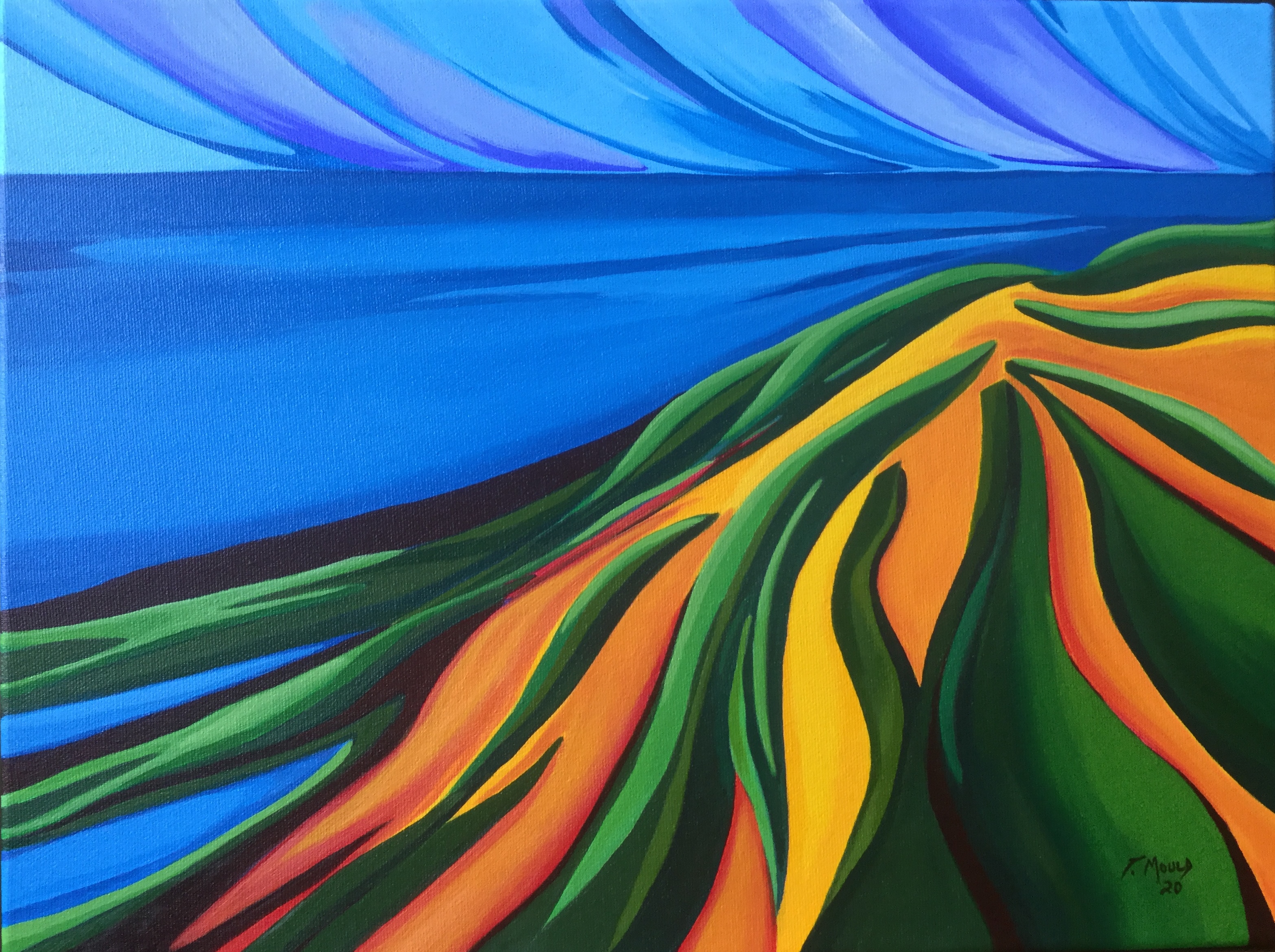 L.M. Montgomery’s landscape descriptions allow readers to envision the Island before ever having actually seen it. The black lettering organized on pages enters through our eyes and into our mind. There we see with our inner eye a world of her making that combines with our own imagination. The landscape features most prominently in the body of my work. It is a landscape of suggestion, rather than a faithful figurative rendering; it is a landscape of fiction and abstraction. It contains elements of the earth, sky, and the sea, a river, estuary or lake. Fluid, with an expanded sky and sea, describes my paintings, achieved through colour, design, and composition.

Louise Mould has been painting since her formative years. Born in Ontario, she holds degrees from the University of Prince Edward Island and McGill University. She studied art for two years at the Université du Québec à Trois Rivières. She has lived in the Democratic Republic of the Congo and spent many years in Haifa, Israel before returning to Canada. She now lives in Charlottetown. She has had numerous solo shows and group shows, including juried exhibitions. Her work is currently showing in The Dunes Art Gallery and Café and Gallery and Ellen’s Creek Gallery and can also be viewed online at http://artistsincanada.com/mould

“An Eye to Light and Shade: L.M. Montgomery and Visual Memories of PEI,” Anne Woster 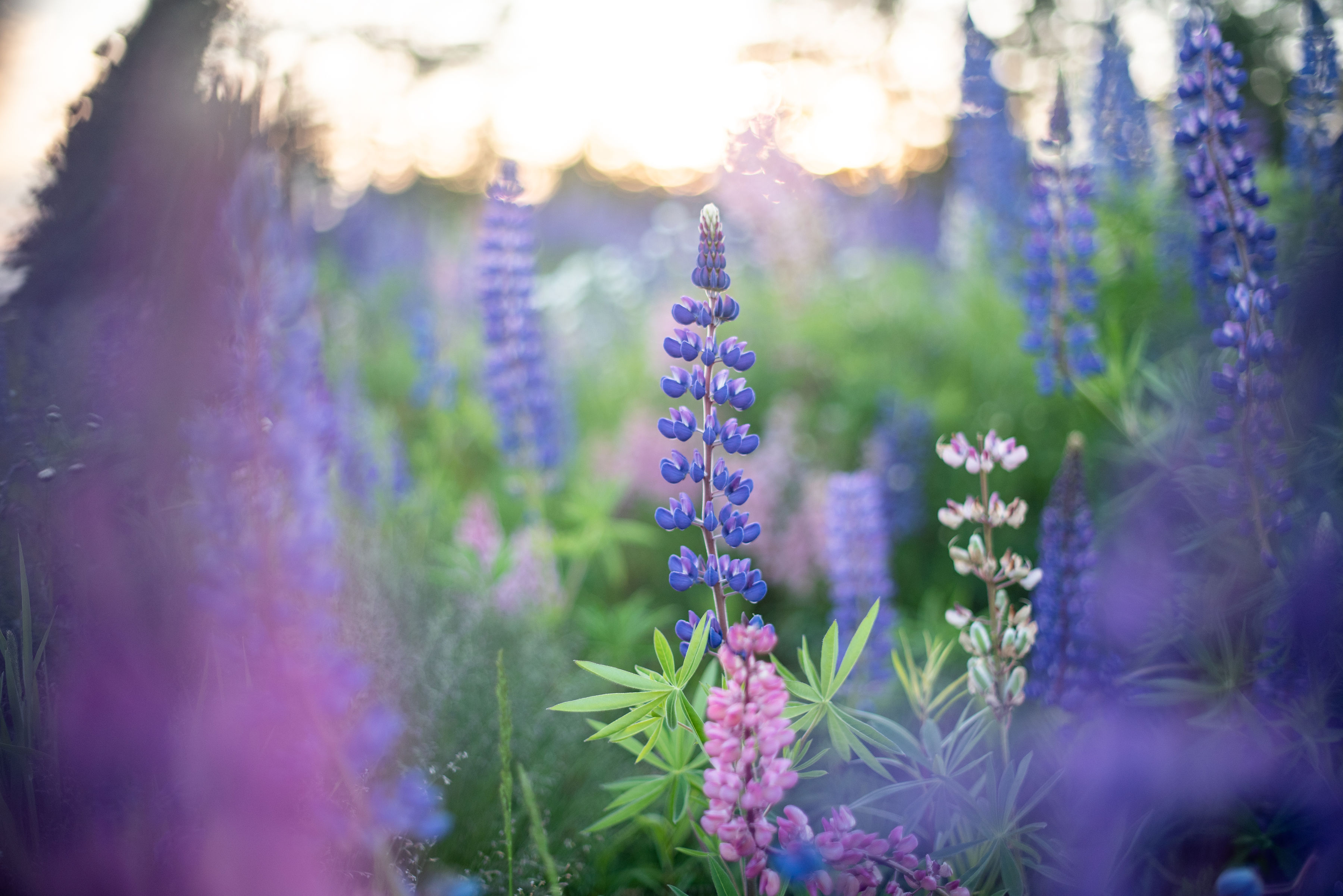 “An Eye to Light and Shade.” Photograph by Anne Woster.

It is no wonder that L.M. Montgomery was drawn to the art of photography: she celebrated and preserved visual mementos from an array of magazines, photographs, and books, and she is known for her vivid descriptions of landscapes, scenes, and people. Her ability to save her favourite views and moments via photographs was an ideal and personal way for her to enrich her scrapbooks and her memory. Photography gave Montgomery a way to remember her Prince Edward Island, a way of preserving moments in time and creating a real, physical item that could be added to her many scrapbooks. Photography can add permanence to vision, freezing in time the things that Montgomery savoured about PEI. Readers understand how words can intensify love of a place, even a place not visited. I believe that the images Montgomery created act as a second language to evoke those same poignant emotions.

Anne Woster (Anne Victoria Photography) is a professional photographer, nonprofit coffee shop manager, and longtime conference attendee living in St. Paul, Minnesota. Since receiving an Arts Management degree from The College of St. Scholastica in Duluth, she has photographed over 215 weddings, hundreds of family sessions, and various events, including past LMM conferences. She is named after Anne Shirley and has been attending LMM related events since she was a young child. 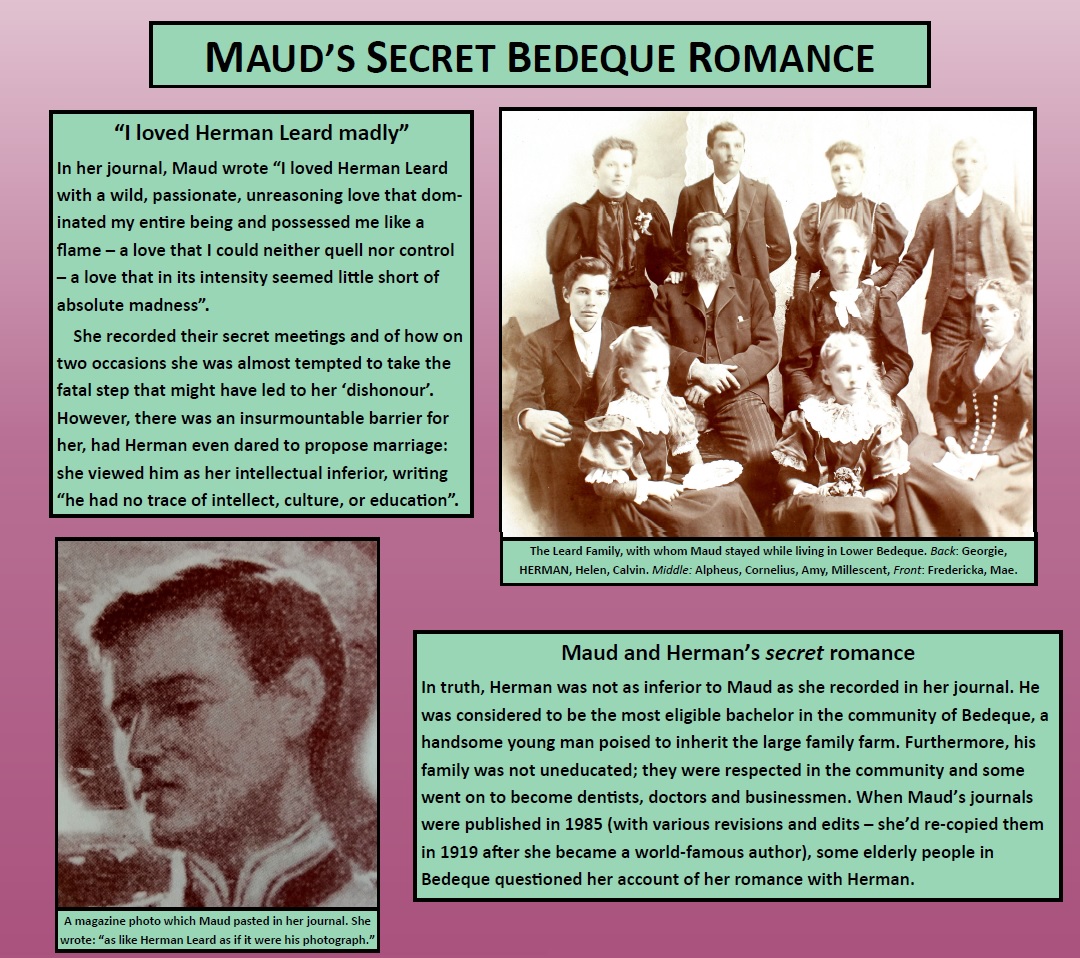 L.M. Montgomery spent six months teaching in Lower Bedeque, Prince Edward Island in 1897-98. This short period was significant for her because, as she recorded in her journal, it was in Bedeque that she fell passionately in love for the only time in her life. The recent moving of the Lower Bedeque schoolhouse to the Loyalist Monument Park in Central Bedeque has enabled an updating of the displays and the creation of new panel boards. This exhibit presents these new panels, including one on Maud’s romance with local farmer Herman Leard, who died aged 28 in 1899. Also on display are the few surviving items which have a direct connection with Herman, including contemporary photographs and a personal calling card. Other panels in the display tell the story of Maud’s Loyalist ancestry, the nature of education in nineteenth-century Bedeque, and the saving of the Lower Bedeque school in the 1990s.

Doug Sobey, a native of PEI, taught ecology and environmental biology in Northern Ireland universities for thirty years. In retirement he continues his research into the history of the forests of the Island and has published many papers and monographs on the subject. In the 2010 conference, he gave a paper titled “The Natural World of L.M. Montgomery,” in which he examined in detail the real natural world in which Montgomery grew up and her descriptions of that world. He has since adapted that talk for five different audiences on PEI. He has also been involved in the Bedeque Area Historical Society since its creation in 2010 and has been on the Board of the Friends of L.M. Montgomery Lower Bedeque Schoolhouse since 2017.