Emily of New Moon Read Along: Chapter XXVIII: A Weaving of Dreams

Chapter XXVII: A Weaving of Dreams 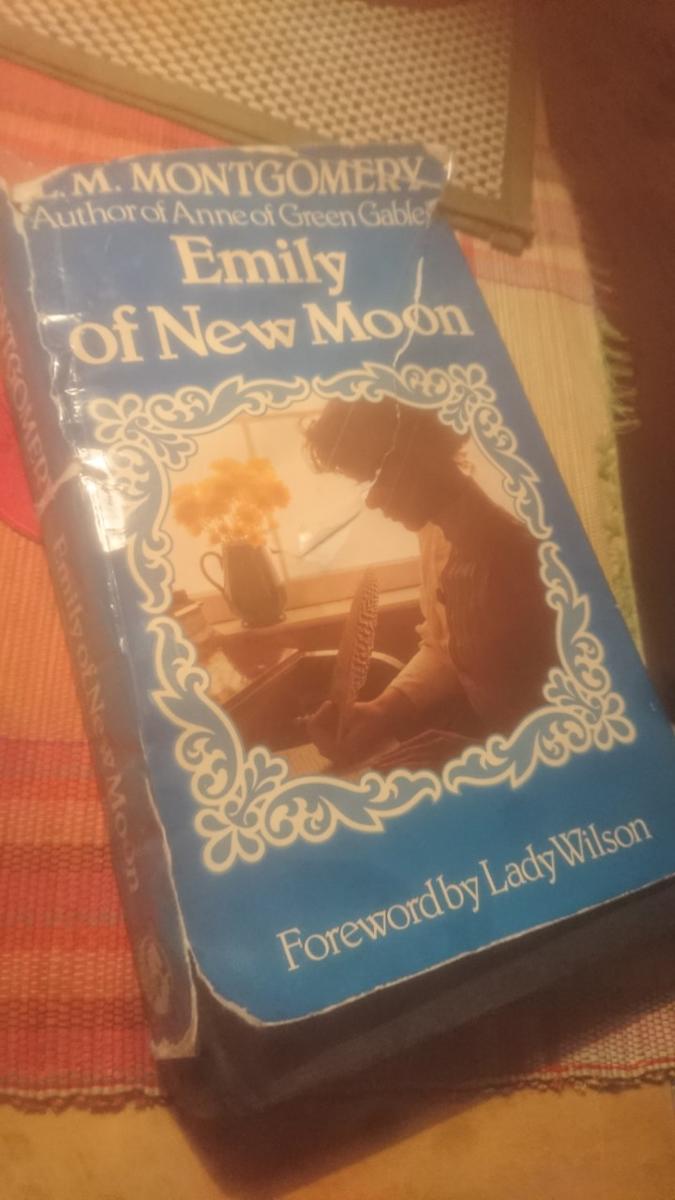 Here we meet Mr. Carpenter, the new school teacher, and L.M. Montgomery gives a beautifully detailed portrait, seen through the lens of Blair Water folk,  as we discover that he “had been a brilliant student in his youth… but the fast set had ruined him” and that he “took to drink” and “upset every kind of school tradition.” We also learn that he has “bright blue eyes out of which all his wild life had not yet burned the fire’ and Emily gives her seal of approval when she “finally decided that she liked him tremendously.” Mr. Carpenter has always been one of my favourite characters and I put this down to the way Montgomery subverts the gossipy voices of Blair Water. Just as the pupils “felt as if he had stood them on their heads,” so I feel Montgomery does that to us, by inspiring empathy for him in a way that catches us unawares.

There is a lot of humour in the descriptions of his unorthodox teaching methods, which sound such fun. Such as when his pupils enact historical incidents, dress up as animals and recite poetry, and make speeches. This is all from someone who “was a country schoolteacher at forty-five with no prospect of ever being anything else.” You can almost see Montgomery’s tongue in cheek as she writes about her own original profession from a distance.  And yet what really comes across is the complexity and authenticity of Mr. Carpenter, flawed but genuine. When we learn, “But sometimes, when Emily looked at his face, bent over the arithmetic problems of Blair Water School, she felt horribly sorry for him without in the least understanding why,” I am totally hooked. Montgomery cleverly opens our eyes, so we learn more of who this man really is, we are no longer restricted to the narrow view of Blair Water folk.

Mr. Carpenter is something of a magical figure for our four friends on the cusp of teenage-hood, like a master-weaver holding each one’s thread of dreams. His skill is in spotting their talent. So with Ilse he “pounced on her gift like a starving dog on a bone and drilled her without mercy. He buys an artbook for Teddy and tries to persuade his mother to send him to art school. And with Emily, he “made red pencil corrections all over her compositions and rated her for split infinitives and too lavish adjectives and strode up and down the aisle and hurled objurgations at her because she didn’t know ‘a good place to stop when she saw it, by gad.’” Even Montgomery’s choice of name as ‘Carpenter’ reinforces his role for its dictionary definition reveals, “carpenters traditionally worked with natural wood and did the rougher work such as framing.”  Mr. Carpenter helps to frame their raw talent and strives to position each so that they can grow their talent on their own.

Mr. Carpenter’s arrival coincides with a time of transition for Emily as we learn she “shot up so that winter that Aunt Laura had to let down the tucks in her dresses.” This growth spurt parallels Emily taking a step forward in weaving her own dreams, as she sends a poem to the Enterprise, marking a seminal moment in attempting to get her work published for the first time. However, we see Emily is still very much a child in her reaction to her poem not being printed: “she was crushed in the very dust of humiliation and was sure she could never rise again.” There is an added poignancy as Emily notices her own outgrowing of things: “Every time she read her little hoard of manuscripts over she found some of which the fairy gold had unaccountably turned to withered leaves, fit only for the burning.”

As well, Aunt Ruth’s comment that Emily is “unchildlike” and “deep as the sea,” is meant as an insult, it sounds like the most wonderful compliment. When Emily is told that she does not have “much in the way of looks,” she says, “But I don’t want to be a different girl… I wouldn’t want to be anybody but myself.” It is a wonderful declaration of self-belief.

This chapter leaves me reflecting on how Montgomery’s use of such a wide range of differing viewpoints on characters emboldens me as a reader in having a viewpoint, too.  I have one on Mr. Carpenter’s “shy mouse of a wife.” Surely there must be more to the wife of such a character as Mr. Carpenter than that! And, if we could access some unheard voices in this chapter, we might find a different view of her, too.  Perspective is everything.

Jeanette Boyd.  I live in Manchester, United Kingdom and have just completed a Masters in ‘Reading for Life’, a course encouraging discovery of our own responses to literature and to go beneath the surface to the small things.  It has inspired me to keep discovering more about my responses to Montgomery’s fiction as a lifelong reader and lover of her work. You can follow me on Twitter: @jeanettebuzzb