The LMMI Institute announces that the 2020 L.M. Montgomery Institute Legacy Awards has been awarded to Mary Beth Cavert and Carolyn Strom Collins. 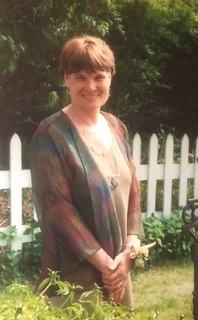 Mary Beth Cavert, an accomplished educator, is a Montgomery scholar, collector, and author whose work not only deepens knowledge of Montgomery, but also immeasurably enriches the scholarship and understanding of others. Beth did not grow up reading Montgomery. Instead, she became a fan in the 1980s because she had a red-haired daughter, and so many people urged her to read Anne of Green Gables.

Over time, Beth developed the newsletter into a premier place to share Montgomery news and scholarship, writing much of it herself.  When Carolyn Collins and Christina Eriksson led Literary Society members on a tour of Montgomery’s Island in 1992, Beth and her daughter were among the eager number.  Fortunate to be with other Montgomery readers (including inspirational collector and friend, the late Christy Woster) at a time when Montgomery scholarship was burgeoning, Beth decided to jump fully into the Montgomery world.  She attended the first LMMI conference in 1994 (and every one since), and became inspired to “explore Montgomery’s biography through the lens of her friendships as identified in her book dedications.”

No one else has found more – nor shared it so generously -- than Beth Cavert about the significant friendships Montgomery’s book dedications represent. Insightful, indefatigable, extraordinarily personable, Beth has sought out and engaged relevant family members and tracked down elusive details about a significant network of people in Montgomery’s life, about whom we would otherwise know little.  This sleuthing work and her keen eye for a story yet-to-be-told also led Beth to investigate more about George Boyd MacMillan’s thirty-nine-year correspondence with Montgomery.

With the blessing of the Rev. Dr. Francis W.P. Bolger and Dr. Elizabeth Epperly, co-editors of a small selection of Montgomery’s letters to MacMillan, Beth undertook the monumental work of transcribing and fully annotating for publication the complete correspondence to MacMillan.  Mary Beth Cavert is prominent among the Friends of the L.M. Montgomery Institute.  A go-to source for Montgomery information, she is the trusted colleague and friend of numerous Montgomery family members and scholars.

Beth is a remarkable builder of connections and relationships, and her work on Montgomery’s friendships, kinship ties, and paratexts is invaluable.  The L.M. Montgomery Institute is proud to recognize Mary Beth Cavert’s multiple and on-going contributions to L.M. Montgomery’s legacy. 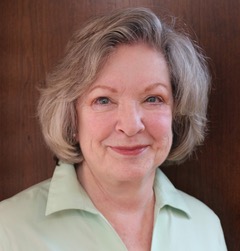 Carolyn Strom Collins has made decades-long contributions to the Montgomery world, as author, collector, independent scholar, and as creator of networks of those who love the works of L.M. Montgomery. Carolyn read Anne of Green Gables as a child, but it was when she introduced her daughter to the novel, and decided to read it along with her, that she was captivated not only by the Anne books, but by L.M. Montgomery herself, and by Prince Edward Island.

In 1991 Carolyn founded, with Christina, the L. M. Montgomery Literary Society, based in Minnesota. Member Mary Beth Cavert was recruited to edit the Society’s annual newsletter, The Shining Scroll, an invaluable resource for articles related to Montgomery, her works, and PEI. Carolyn has been part of each L.M. Montgomery International Conference since the first Symposium in 1994. In 2012, she founded the Friends of the L.M. Montgomery Institute, which supports the Institute’s collection by accepting donations and with a Silent Auction at each conference.

Carolyn became an avid collector of Montgomery materials, including hundreds of books, magazines, articles, and photographs. She is a meticulous Montgomery detective, evidenced for example in her editing An Annotated Bibliography of L. M. Montgomery's Stories and Poems (LMMI, 2016), updating Rea Wilmshurst's 1986 bibliography, and its companion, A Guide to L.M. Montgomery's Story & Poem Scrapbooks 1890-1940 (LMMI, 2016). While putting the new bibliography together, a small group of independent researchers located many of the titles in Wilmshurst’s "unverified ledger titles." Carolyn, with long-time friend and Literary Society member, Christy Woster, compiled and edited them as After Many Years: Twenty-one "Long-Lost" Stories by L. M. Montgomery (LMMI, 2016; Nimbus, 2017). Carolyn’s most recent publication is the edited and annotated transcription of Anne of Green Gables: The Original Manuscript, published last year by Nimbus.

Carolyn is a long-time summer resident of Prince Edward Island, even having served as a guide for the L. M. Montgomery Heritage Museum in Park Corner. She has built relationships with those now living on Montgomery’s Island, coming to experience Montgomery’s sense of place and community. Carolyn brings those experiences to her research and her writing, helping us to better appreciate Montgomery’s life, times, work, and ongoing influence.

The L.M. Montgomery Institute is proud to recognize Carolyn Strom Collins with the 2020 Legacy Award.